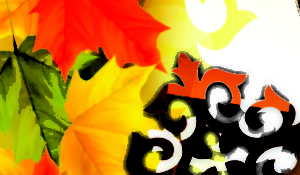 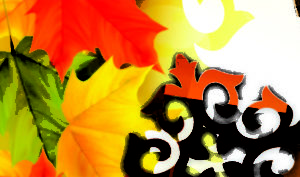 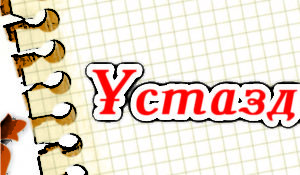 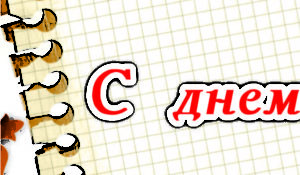 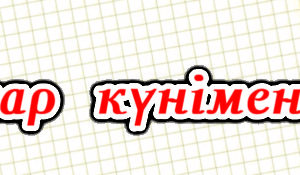 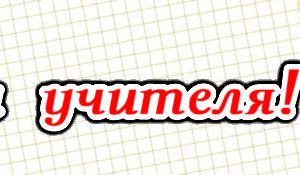 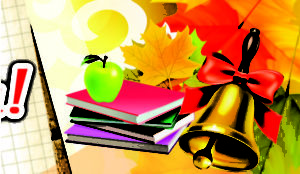 The President of Kazakhstan Nursultan Nazarbayev’s

On the threshold of the new area I address to the people of Kazakhstan.
The country has passed its 25-year development stage honorably. We are proud of our country. Within celebration of the 25th anniversary of Independence we have highlighted Kazakhstan’s achievements and progress. They are well known and appreciated by the world community.
Kazakhstan has become the non-permanent member of the UN Security Council since the beginning of 2017.
The international exhibition “EXPO-2017” will be held in Astana this year. We are the first among the CIS countries and Central Asia to hold such important global event.
Sports events have started in Almaty within the Universiade-2017. Over 2000 sportsmen and members the delegations from 57 countries take part in it.
All this is the result of a correct political path and high authority of Kazakhstan in the international arena.
Kazakhstan will be among the top 30 developed countries by 2050. We surely go to this purpose.
Relevance of the Strategy-2050, proposed by me to the people in 2012 is increasing in conditions of growing competition and lack of stability in the world. We have been able to timely anticipate the forthcoming hard time.
Due to the economic policy “Nurly Zhol” and Plan of Nation “100 specific steps” we are going through the initial stage of the complex global transformation worthily. KZ 1.7 trillion has been allocated additionally in 2014-2016 to support the economy. All that provided an opportunity for the economic growth and business support, creation of more than 200 thousand new workplaces.
The result ensured the gross domestic product growth by 1% in 2016. It is important in the current difficult conditions.
The world situation is changing rapidly. This is a new global reality and we have to accept it.

*****
Fourth, the agricultural sector shall become the new driver of the economy.
The agro-industrial complex of Kazakhstan has the promising future. In many items, we can be one of the world’s largest manufacturers of agricultural exports, especially for organic foods. The brand “made in Kazakhstan” will become the standard of such products.
At the same time we have to be so-called “bread basket” for production of grain in the Eurasian continent. We need to transit from primary production to the production of high-quality and processed products. Only then we will be able to compete in the international markets.
In this regard, I entrust the Government and akims the following:
Firstly, it is necessary to reconsider the principles of allocation of subsidies and start using production insurance;
Secondly, all conditions for combining more than 500 thousand households and small farms into cooperatives will be created for 5 years;
Thirdly, we need to increase the level of processing of products and create the effective system of storage, transportation and distribution of goods;
Fourthly, the level of labour productivity will be increased and production costs will be reduced;
Fifthly, we have to improve the efficiency of land use. It is necessary to increase the area of irrigated land by 40%, thereby to reach 2 mln hectares for 5 years;
Sixthly, we need to increase the investment volume in agricultural research which will be in demand in the business environment.
I charge to increase the export of food products by 40% by 2021 through diversification of agricultural products.
These tasks should be fulfilled within the new state program for the development of the agricultural complex.

*****
The fourth priority is improvement of quality of human capital.
First, the role of the education system will change. Our task is to make education as a centre of a new model of the economic growth. Training programs should focus on the development of critical thinking abilities and skills of independent search for information.
At the same time, we need to pay attention to IT-knowledge formation, financial literacy and education of youth patriotism. It is important to reduce the gap in quality of education between urban and rural schools.
I entrust the Government to submit relevant proposals.
Stage-by-stage transition to trilingual education.
The Kazakh language maintains its dominant position. Much attention will be paid to its further development. Today, English is the language of new technologies, new industries and new economy. Now, 90% of the world information is in English. Every two years its volume doubles. Kazakhstan cannot reach the national progress without mastery of the English language.
Since 2019 teaching in some subjects for the 10-11 graders will be in English. It is necessary to consider this issue carefully and take reasonable decision on it.
The level of schools and teachers in urban and rural areas differ greatly. The problem of competent teachers is also critical. Therefore, taking into account all these aspects, we need to introduce the English language stage-by-stage.
I charge to give relevant proposals.
Implementation of the project “Free vocational education for all” starts since this year on my initiative.
First of all, free education should cover unemployed and self-employed young people and people of working age, who do not have professional education. It is necessary to give an impetus to the development of the vocational education system for training of specialists for new productions within the marked economy.
We need to update the professional standards in accordance with the labor market requirements and best international experience of in industries.
At the same time, special attention will be paid to the quality of higher education system. It is necessary to enhance monitoring and requirements for the staff of higher education institutions, level of their business logistics and educational programs.

*****
Second, the health care system must be changed.
A system of compulsory social health insurance, based on joint and several liability of the state, employers and citizens will be implemented since July 1,2017. The effectiveness of this system has been proved by the world practice.
Participants of the health insurance system will be given a wide range of medical services. Participation of socially vulnerable groups in it will be supported by the state.
The government needs to provide the health informational support. For promotion of competition, the private health institutions should provide equal conditions within the CSHI system for (compulsory social health insurance).
I entrust the Government and akims to organize awareness-raising activities.
It is also necessary to control prices for medicines.
Third, social security.
On my instructions, pensions will be increased by 20% since July 1,2017 for 2.1 million retirees compared to 2016.
Since July 1,2018 the basic pension appointment will be based on the new method. Its size will depend on the length of participation in the pension system.
All of these measures in 2018 will provide an increase in 1.8 times of the new size of basic pension compared to 2017.
About 400 thousand children are born in the country every year (more the level of 1999 in twice). We need to support this good trend.
Since July 1.2017 the size of lump sum money for birth will be increased by 20%.
The living minimum wage shall be reviewed. It should accord with the actual consumer spending of Kazakhstani. Since January 1,2018 it will allow increasing the size of the basic pension, benefits for disabled people and families without supporters, targeted assistance and benefits for disabled children.
Since January 1, 2018 the threshold for providing targeted social assistance has to be raised from 40 to 50% (depends on minimum subsistence level) and implement its new format. At the same time, all those who can work should be supported only on the condition of participation in the employment program.
The fifth priority is the institutional transformation, security and fight against corruption.
Firstly, as part of the Third modernization the Government needs to give work on implementing the best practices and OECD recommendations.
Secondly, we carry out the reforms, aimed at protection of private property, supremacy of law and equality before the law. This work must be continued.
I charged the Government, NChE “Atameken” and civil society to conduct an audit of all legislation to strengthen the protection of property rights.
The administrative and criminal law also needs to be humanized. Administrative fines should be fair and proportionate to the committed offense.
It is necessary to carry out further work to reduce the penalties for offenses in the business sphere. It is necessary to decriminalize economic compositions with a low degree of public danger.
It is necessary to achieve greater confidence in the judicial system. It is important to avoid any inappropriate influence on the work of judges.
Thirdly, the security status becomes the measure of a strong and active state.
In modern conditions the humanity is faced with terrorism growth. The key here is the fight against financing the destructive forces and links with foreign terrorist organizations.
It is necessary to prevent propaganda of religious extremism, including in the Internet and social networks. It is necessary to form of zero tolerance in the society for any actions related to radical manifestations, especially in the sphere of religious relations.
The prisons should organized purposeful activity of theological rehabilitation services with convicted persons. It is necessary to take additional steps on spiritual and moral education of the younger generation.
The non-governmental sector and religious associations should be actively involed in this activity.
All these measures should be taken into account in the State program of combating religious extremism and terrorism for 2017-2020.
Fight against cybercrime becomes more urgent.
I charge the Government and National Security Committee to take measures for creation of the system “Cyber shield of Kazakhstan”.
Fourthly, we have made significant steps to reduce the level of corruption in the country. At the same time, the main focus is on combating the effects of corruption.
It is necessary to step up the work on identifying and elimination of the causes of corruption.
One of the key issues is improvement of the procurement sector.
I entrust the Government to introduce a unified public procurement system on the principle of centralized services.
We need to review the approaches for conducting procurement in the quasi-public sector, natural monopolies and subsoil sector.
Much in anticorruption efforts will depend on active participation of the whole society. With development of social networks and other media resources the unified nonadmission should be a powerful instrument in fight against corruption.

Dear Kazakhstani!
I would like to convey my view of the development trends in the new reality to every citizen.
I entrust the Government to work out a strategic development plan until 2025 using the Third modernization of the country titled “National Technology Initiative of Kazakhstan”.
We have no other choice but meet the challenge gracefully and solve the problems for the further modernization of the country.
I believe that our great nation takes advantage of the unique historical chance.

Dear Friends!
Kazakhstan is a new multiethnic, confident in its future and dynamically developing country! We have celebrated the 25t anniversary of Independence of Kazakhstan.
We have a unique wealth of experience in formation of the state. We have started a new stage. I am sure that no matter what difficulties we face, we will overcome them. Our main strength is unity.
We will make Kazakhstan more prosperous country for our descendants!